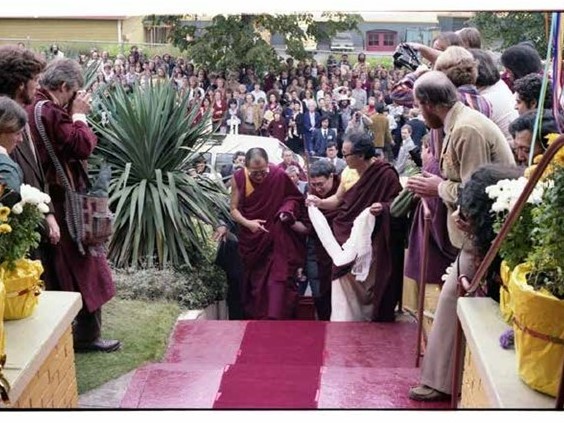 The 1970s: The Early Years in Seattle

In the 1974 H.H. Jigdal Dagchen Dorje Chang founded Sakya Tegchen Choling. The Dharma center moved from its initial location on Ward Street in Capitol Hill where H.H. Dagchen Rinpoche and H.E. Dezhung Rinpoche gave teachings to small groups of students, to the house on Burke Street in Wallingford in 1976.

In 1979 H.H. Dalai Lama visited the U.S.A for the first time.  He visited Sakya Tegchen Choling on Burke Street. He performed a consecration and gave a Chenrezi teaching.  Outside the center 300 people were able to hear the teachings and receive blessings.